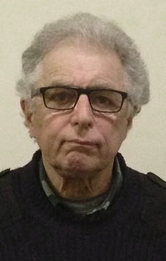 Just after I got my first proper job in 1967 I bought my first Riley. I was delighted to spot a complete but decrepit 1930s car with an elegant shiny radiator beckoning me from a vulnerable position uncomfortably close to the bonfire in the local scrap yard. It was a 1934 six cylinder Kestrel, and I bought it straight away. I rebuilt the car, and continue to use it for Register and VSCC events. In the 1970s I got interested in VSCC speed events and, starting with a bare chassis from a friend I sourced parts from here there and everywhere and put together a PVT 9hp special with which I competed in trials, sprints and circuit racing with the VSCC. Many years later, shortly after I retired from full time employment, a friend offered me first refusal on his 1933 six cylinder Lynx, which took care of a chunk of my retirement lump sum, but no regrets there! More recently my son William and I bought a decrepit Blue Streak Kestrel to save it from being broken up. That car is on the road again now, so we have started on another project which is to save another Riley from destruction. This is a 1928 fabric bodied Monaco in a poor state.
I joined the Riley Register shortly after I found out about its existence in 1968, and started the Staffordshire Area of the Register a while later after moving there. I was Area Secretary in Staffordshire until moving back to the Nottingham Area in 2008. I served a few years on the Register committee and have been the Tools Loan Secretary for a good few years now. I nearly always get to the Coventry Rally in a Riley, and enjoy the social side of the Register at noggin and natters etc.
I am a professional engineer and a Fellow of the Institute of Engineering and Technology with decades of experience in the engineering industry as a senior manager. 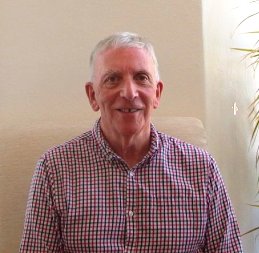 I live on Merseyside and I am responsible for financial matters for the Spares Team.

Since joining the Register over 30 years ago, I have attended almost every Coventry Rally. 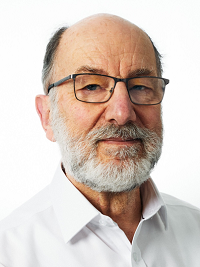 My first car, in 1966, was a 1936 Merlin 9, which suffered the indignity of being rammed in the back by a Hillman Imp.  This was followed by a 1934 9 fitted with an Austin Newbury body, purchased in bits for restoration but not yet completed!  There is also a pair of 1933 12/6 Kestrels, both major projects; one is almost back on the road.

For most of my working life I have run a business restoring pre-war vehicles; a major part of this activity has been the remanufacture of an extensive range of parts specifically for Rolls-Royce and Bentley, plus replacement cylinder blocks for the Riley 6-cylinder engine.  After a number of years in the wilderness, returned to working on my own cars in 2000 to be very impressed with the quality of the Riley engineering.

For a short period in the 1970’s I chaired what was then the Register Spares Committee and prior to that ran a ‘Directory of Services’, disseminating information to Register members about companies offering services that could be of use to them when maintaining or restoring their cars.

Mike owns/drives a 1933 Ascot(12/4) and a 1937 Lynx Sprite - and has been rebuilding a 1933 9hp Trinity for some years! Prior to joining RRSL Mike was the Riley Register Area Secretary for Devon and Somerset.

Mike is a member of the Quality team and the Directors team.

As Quality Manager, Mike is the first point of contact for any queries raised by the membership. 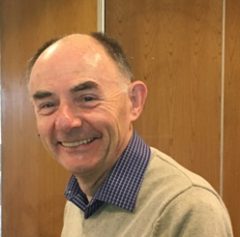 I've been a Register Member since 1992 when I bought my 1938 Six-Light Kestrel as a barn find. I restored it over 6 years and still own it 27 years later. I spent 20 years sourcing and selling used Riley parts as a hobby with two Riley friends while jointly finishing a part restored '9' Lynx and building two Specials; a Brooklands Replica and a 'Big4' . All of this leading to a broad knowledge of the various Riley configurations, but 27 years is only a 'toe in the water' with the Riley.

Geoff is a member of both the Purchasing & Stores team and the Directors team. 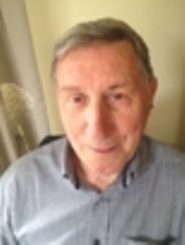 Currently rebuilding a 9HP Gamecock, with a 1932 Monaco awaiting resurrection.

Peter is a member of the Technical team.